“Ahmaud Arbery was then hunted down and shot,” Superior Court Judge Walmsley said during sentencing on Friday. “And he was killed because individuals here in this courtroom took the law into their own hands.” pic.twitter.com/xaIHjyrpmb 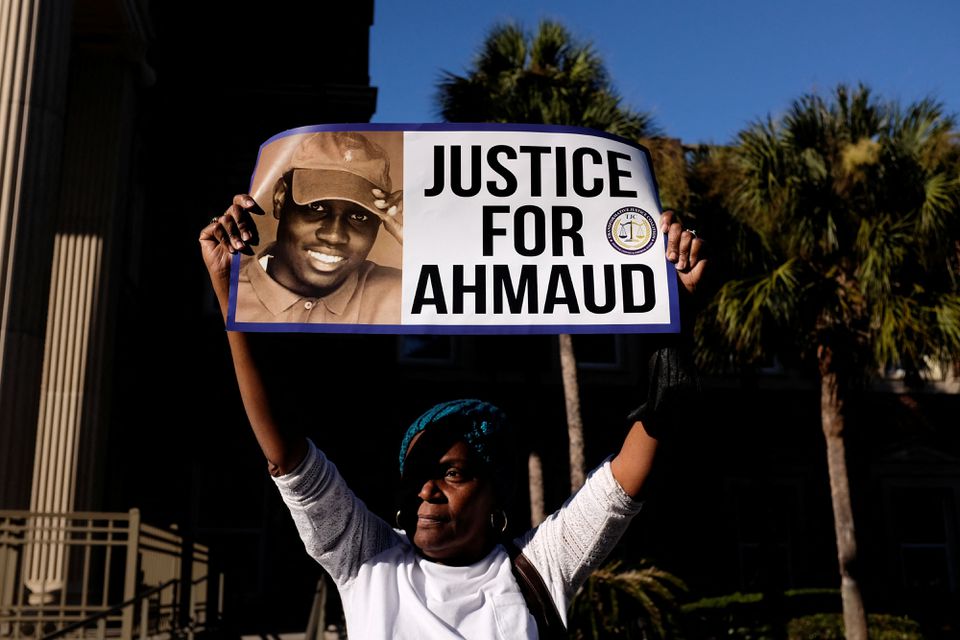 The three men convicted of murdering Ahmaud Arbery were sentenced in Georgia on Friday. Gregory McMichael and his son, Travis McMichael, both received life in prison plus 20 years without the possibility of parole. Their neighbor, William “Roddie” Bryan Jr., was sentenced to life in prison with the possibility of parole after 30 years. The three men were found guilty on multiple counts of murder for the killing of Ahmaud Arbery, a 25-year-old Black man fatally shot while out for a jog on February 23, 2020.
Before he sentenced three men convicted of killing Ahmaud Arbery in South Georgia to life in prison, Judge Timothy R. Walmsley held a minute of silence, saying he hoped to contextualize the time the 25-year-old spent being chased by the defendants.