FLO 107.1 and Brittnee B are helping The Mile High ‘GET LIFTED’ this season!

Want to hear some of your favorite Athletes and Olympians chat all things powder? What their mindset is like? What’s on their playlists?

Well, with GET LIFTED, we have you covered! Enjoy exclusive content with interviews from Professional Athletes like Danny Davis, Red Gerard and more + sneak-peek access to massive competitions like Dew Tour and X Games Aspen. New segments will air each and every Saturday during the season from 6A to 10A, keeping you company while you’re headed to the mountain!

Catch ALL full-length episodes + snow reports, exclusive sneak-peeks and more, over on our FLO 107.1 app, available on all iOS and Google Play platforms.

See below for our current weekly schedule (subject to change) 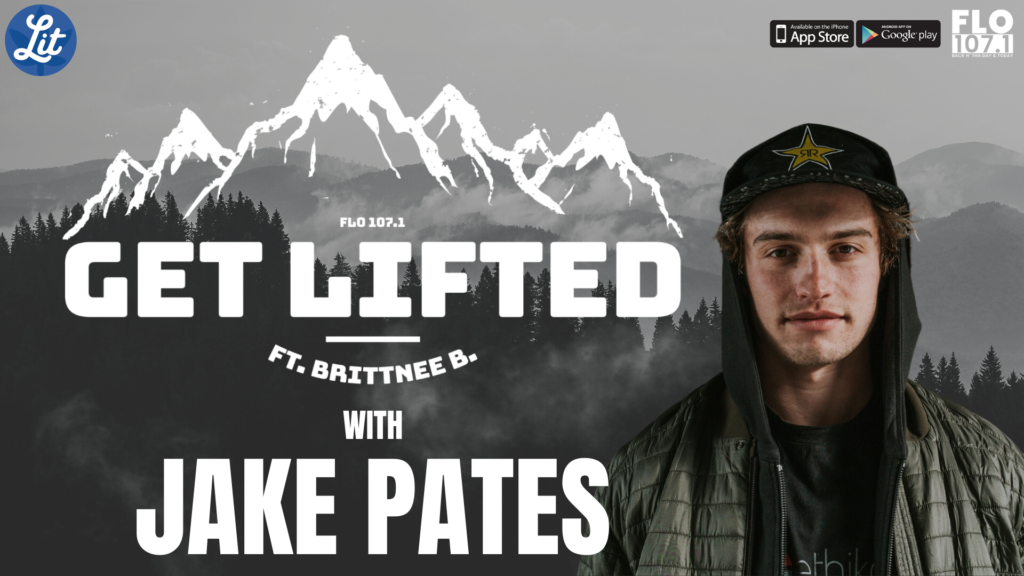 Jake Pates started snowboarding at age 8 and his hobbies include skateboarding, fly fishing and spending time with friends. He also spends his time teaching skateboarding lessons to inspire youth in his community. One of Jake’s proudest accomplishments is creating his Happy Healthy Brain Foundation. The Lillehammer 2016 Winter Youth Olympian founded the non-profit organization during his own journey to recovery from a head injury that he suffered in 2019. Now his goal is to improve concussion protocols so that athletes can return to their sport safely and in confidence. The foundation does this by raising funds to encourage the growth of brain care technologies which in turn, help raise the standard of concussion management for athletes like Pates competing in high risks sports at the top of the game.

The Happy Healthy Brain Foundation is not the only cause the Pates advocates for. Another is mental health. The 2020 Superpipe X Games Silver Medalist is involved in a YouTube series called ‘The Flip Side’ that focuses on themes surrounding mental wellness. In the second episode Pates goes into detail about his organization and what it means to him on a broader level to be able to help others: “There’s a stigma. You’re supposed to be tough; not let things affect you,” the snowboarder says, “I think to just spread positivity and awareness, that’s really what my foundation is about, to do that and that’s just something I want to do as a person also.” “It’s crazy to see people reach out and they really resonate with stuff like that because everybody is going through this.”

Check out Jake’s “The Flip Side” Channel here 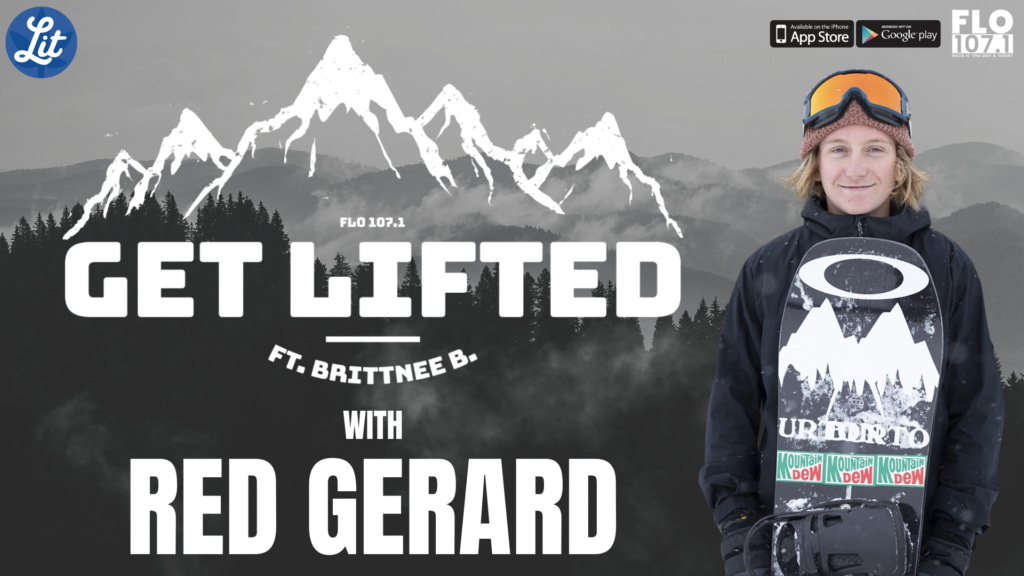 Red Gerard began snowboarding at age 2 and literally has his own trick park in the backyard of his house! Growing up, he quickly learned as the sixth of seven children, that if he didn’t keep up, he’d be left behind. It’s not always easy in a family of nine to get attention. Dirt-bikes, bicycles and snowboards were Red’s saving grace. Living in Cleveland though, didn’t allow for a whole lot of snowboarding. It wasn’t until the winter of 07-08, when his mom’s love for the mountains couldn’t wait any longer, and the family decided on a trial move to Breckenridge. Here seven-year-old son, Red, got his chance to hone-in-on snowboarding. Unfortunately, back and forth moves didn’t help his cause, but when back in Cleveland there was always the living room stairs to ride.

When he was back in CO again, this time in Frisco, Red’s brothers began to notice that the little kid was halfway decent. They told him he should try a USASA comp. He did and made it to Nationals. Alas, Red’s helmet fell off while competing, disqualifying him, but the next year one of the judges told a rep from Burton about him and next thing he knew, Red was a Burton rider. Since then, Red has been fortunate enough to get help from his sponsors, Burton, Red Bull, Von Zipper, Woodward at Copper, High Cascade Snowboard Camp, ProTec, Celtek, Cobra Dogs, Stance and Hobo. Most recently, Red was asked to join the 2018 US Olympic Team and won GOLD in PyeongChang 2018 for slopestyle, making him the youngest snowboard Olympic gold medalist in history, winning at the age of 17. 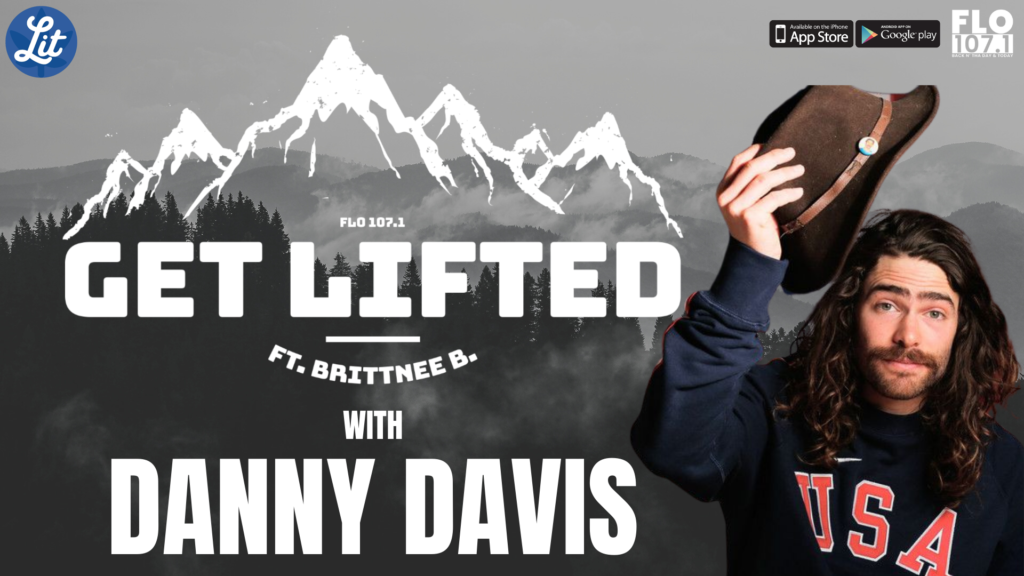 Drop “soul-rider,” and cue the eye rolls… but mention Danny Davis and people pay attention. From breakout contest wins to signature events and video projects, his career was built on community over individual accomplishment. Always aware of the mountain beyond the superpipe, Danny’s growth from a transition icon to a backcountry-savvy, climate advocacy leader mark him as a living legend in the making. Danny gained global recognition by injecting massive amplitude and style into pipe competition and maintains it by continuing to adapt his abilities to all types of terrain. Danny’s contributions, both as a rider and as a powerful personality within the sport, are making an unquestionably positive impact on snowboarding. Widely recognized as one of the most influential snowboarders of his time, Danny Davis is known for injecting style, creativity and fun into snowboarding.

Danny is also a part of The Frends Crew, aimed at keeping snowboarding about snowboarding instead of contests and rankings. The three-day music and camping festival brings over 4,000 people together in Southern Vermont each June to celebrate and promote music, ‘frendship’, kindness, generosity, respect, inclusivity, and inspiration. 25 + music acts, 4 stages, yoga, swimming, and a multitude of other activities for festival goers of all ages continues to make The Frendly Gathering a successful event as it celebrates its seventh year in 2016.

He was also at the forefront of developing Peace Park. He teamed up with Mountain Dew and Burton to build a pipe / park hybrid like you’ve never seen before. A transition monster, a skate park for snowboarding – call it what you will, it is a snowboarder’s dream.  A gathering of friends celebrating creativity, fun, and progression over a five-day period in the Grand Tetons Mountains; the true definition of snowboarding for Danny. 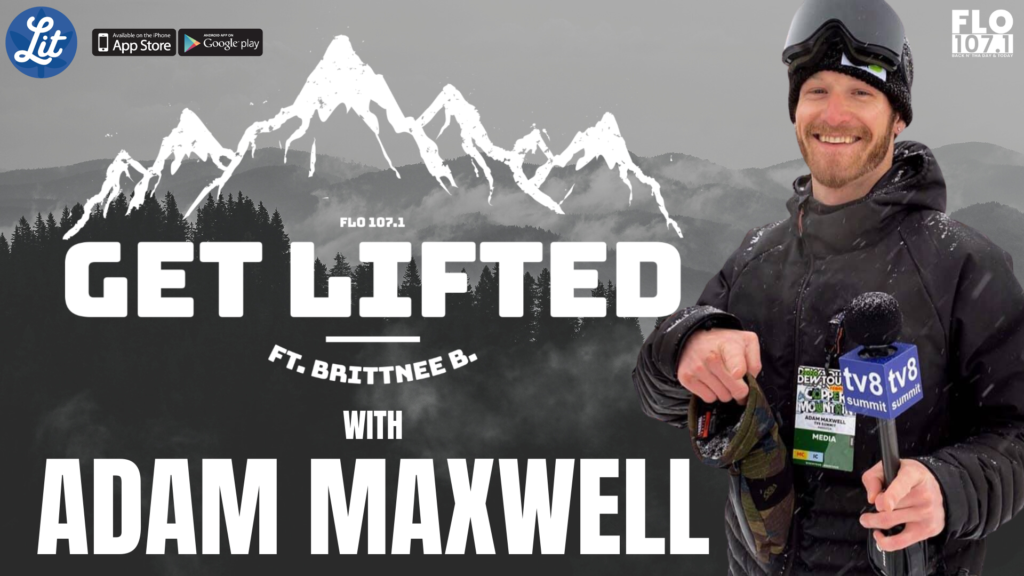 A proud Michigan State University 2016 graduate with a degree in Media and Information with a specialization in Cinema and TV, minor in Fiction Film, Adam loves capturing the moment through film and telling a story with a camera. He is an experienced video editor and is also experienced with graphic design. He loves to use the gift of creativity and compassion to produce impactful films for each person to watch and enjoy, in hopes of inspiring them. His main focus is videography and film editing, with an extreme interest in skateboarding and snowboarding.

Now, an experienced video journalist for TV8 Summit, in the Summit Valley of Colorado, Adam spends most of his time at competitions interviewing top athletes, rubbing shoulders with Olympians and continues to leave a lasting impact with his stories.