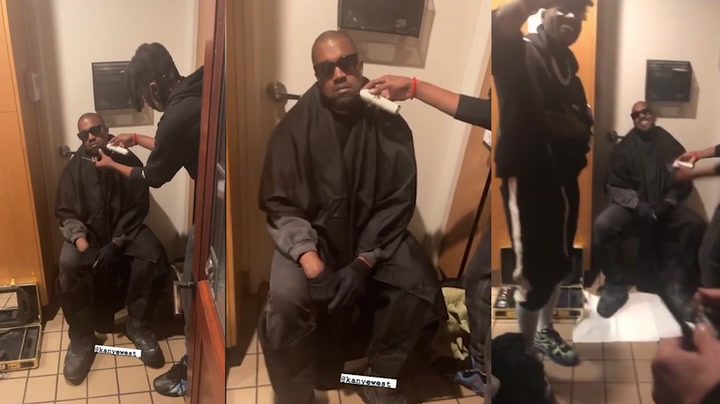 Kanye did a very “Kanye” thing during a recent dinner with Juila Fox and former football player Antonio Brown.  A video is circulating of Kanye getting his beard trimmed while dining out at Craig’s in West Hollywood.  The video shows Kanye sitting in a chair while a barber touches up his beard. AB is shown laughing it up with Kanye.  The pair also were spotted the same night hanging out with Fashion Nova founder Richard Saghian.

What do you think will happen if Kanye fails to get Kim Kardashian back?

Jay-Z Calls Out Feds for Holding Inmate Over Leftover Chicken