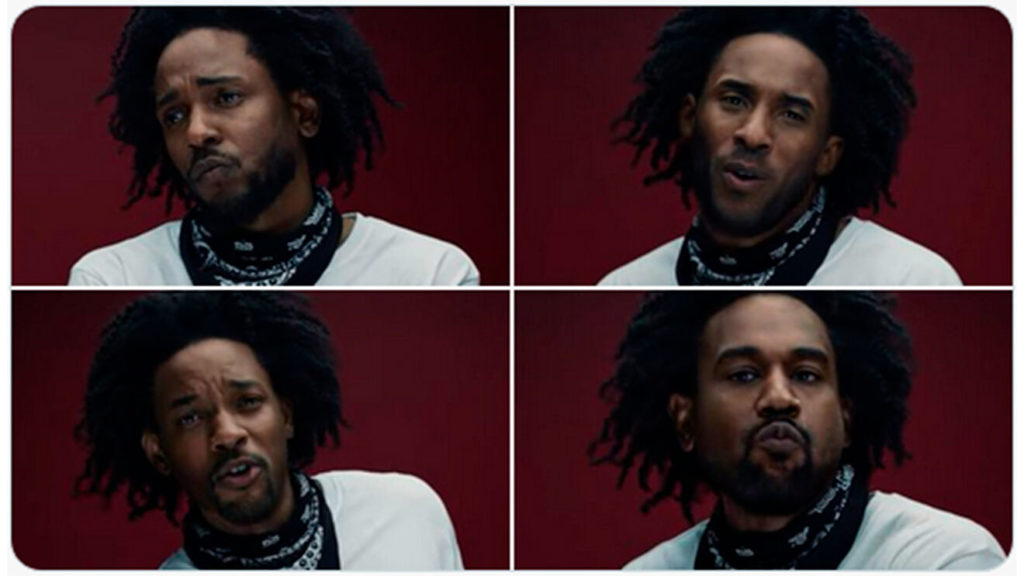 There’s a new Kendrick song in the world; it’s called “The Heart Part 5.” It’s the rapper’s first single prior to his long-awaited Damn that was released in 2018. In the video, directed by Dave Free and Lamar, the rapper’s face morphs into several deepfakes, including OJ Simpson, Will Smith, Jussie Smollett, Kobe Bryant, Kanye West, and Nipsey Hussle. The lyrics often align with the person he’s resembling, discussing bipolar disorder when he’s West and murder when he’s the late Hussle. It opens with this quote attributed to Oklama: “I am. All of us.”

Jack Harlow Says He Is Following the Blueprints of Drake, Jay-Z, and Kanye West

Diddy Says He Demanded That Travis Perform At BBMAs

Live Nation Received $19 Million in ‘Save Our Stages’ Federal Funding…

My Mom is the Bomb