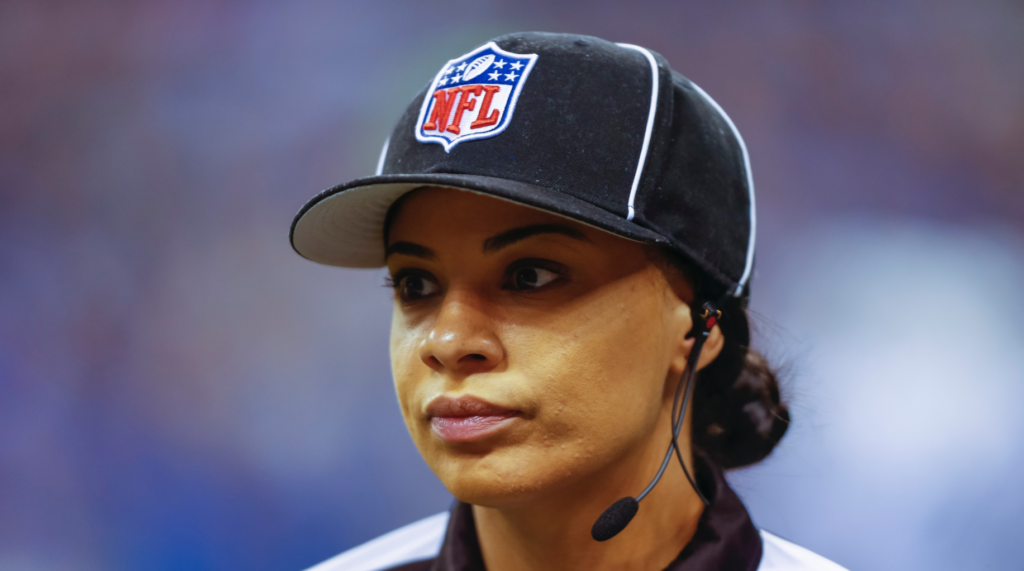 Maia Chaka made history on Sunday, becoming the first Black woman to officiate an NFL game.

She will be the first black woman to officiate an NFL game. 👏👏👏

In a video tweeted by the NFL, Chaka called the “historic moment” an “honor and a privilege.”

Chaka officiated Sunday’s game between the New York Jets and Carolina Panthers. Chaka’s resume includes time as a referee in the NCAA’s Pac-12 conference and Conference USA, as well as in the short-lived Alliance of American Football in 2019. In 2015, Sarah Thomas was the first female hired as a full-time NFL official.