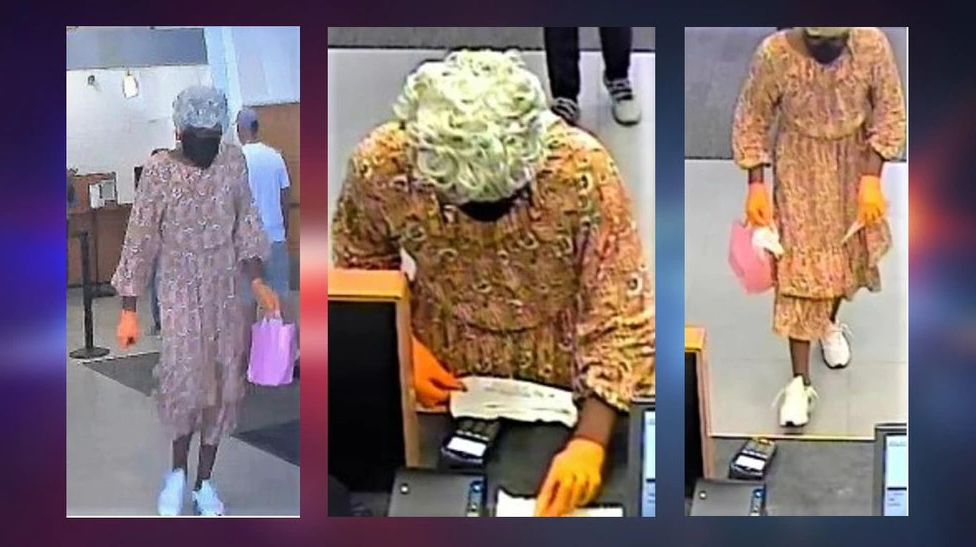 Police in McDonough, GA are looking for a man who robbed a bank while disguised as an elderly grandmother. The suspect is seen on surveillance video wearing a patterned dress, white wig, and orange gloves as he hands the teller a note demanding money and claiming to have a gun. The man got the cash and took off in a white SUV with no tags.

Do you think people were fooled by his disguise?  Did he even need to wear it to pull off the robbery?