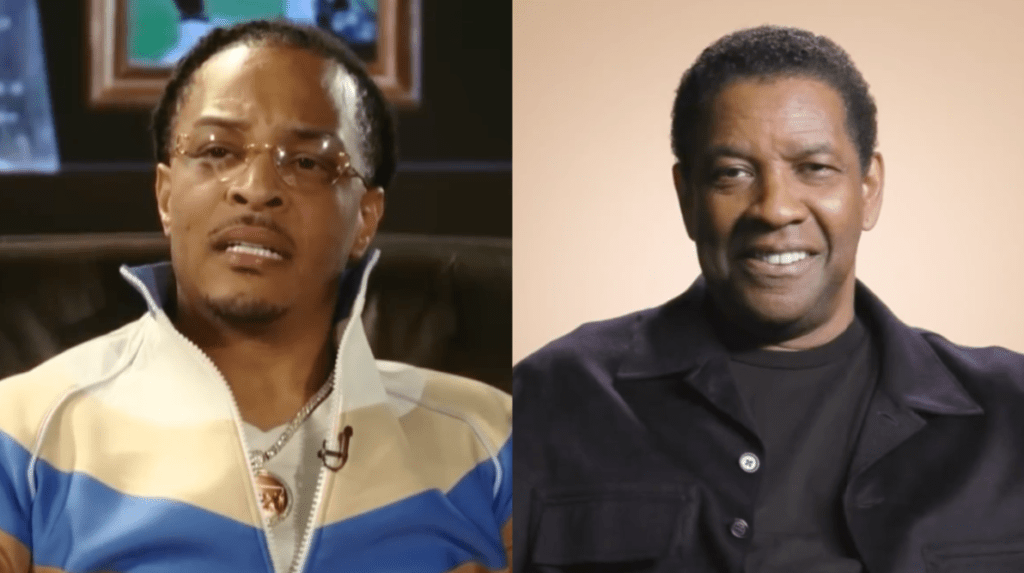 T.I. remembers Denzel Washington’s pep talk on the set of American Gangster. In Ridley Scott’s star-studded, Oscar-nominated 2007 film, the Atlanta rapper played Stevie Lucas. T.I. says Washington came to him after he was nervously pacing back in forth before he was to film a scene. Washington told him, “They could have had anybody in here doing what you’re doing right now. They could have anybody in the world, they could have called anybody right here to do what you’re doing.’” He continued: “I said, ‘Yeah, yeah.’ He said, ‘They called you for a reason didn’t they?’ I said, ‘Yeah.’ He said, ‘You know what that reason is?’ I started thinking and I said, ‘Yeah, I do.’ He said, ‘Alright then, do that and you ain’t got no reason to be nervous.’”

What helps you calm down when you’re nervous?